Housing prices are skyrocketing in cities around the world. Incomes are not. PUSH sheds light on a new kind of faceless landlord, our increasingly unlivable cities and an escalating crisis that has an effect on us all. This is not gentrification, it’s a different kind of monster.

Since the early 1970s, Jewish-Israeli attorney Lea Tsemel has made a career out of defending Palestinians in Israeli courts: from feminists to fundamentalists, from non-violent demonstrators to armed militants. As far as most Israelis are concerned, she defends the indefensible. As far as Palestinians are concerned, she’s more than an attorney, she’s an ally. ADVOCATE follows Tsemel’s caseload in real time, including the high-profile trial of a 13-year-old boy while also revisiting her landmark cases and reflecting on the political significance of her work and the personal price one pays for taking on the role of “devil’s advocate.”

A young boy displaced by a massive condominium complex creates his own reality where as a lion (anbessa) he can face the forces beyond his control. 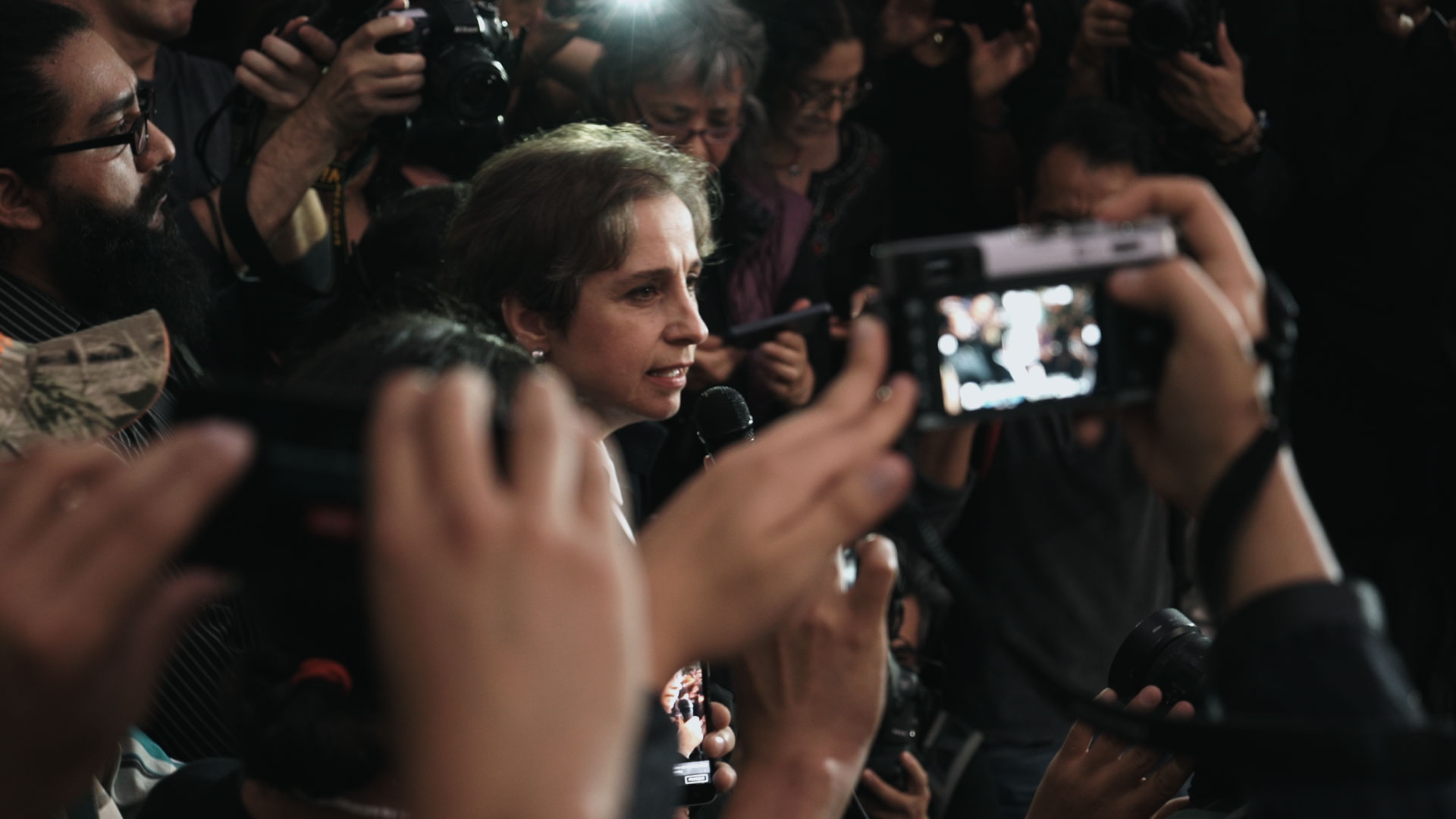 Mexico, March 2015. Carmen Aristegui, incorruptible journalist, is fired from the radio station where she has worked for years. But Carmen continues her fight: raising awareness and fighting against misinformation. The film tells the story of this quest: difficult and dangerous, but essential to the heath of democracy. A story in which resistance becomes a form of survival.

Led by conductor Dr. Tim Seelig and joined by The Oakland Interfaith Gospel Choir; the award-winning Gay Chorus Deep South is the timely story of 300 brave singers who traveled from Mississippi to Tennessee through the Carolinas bringing a message of love and acceptance to those fighting intolerance.The ensuing conversations and connections offer a glimpse of a less polarized America, where the issues that divide us — faith, politics, sexual identity — are set aside by the soaring power of music, humanity and a little drag. 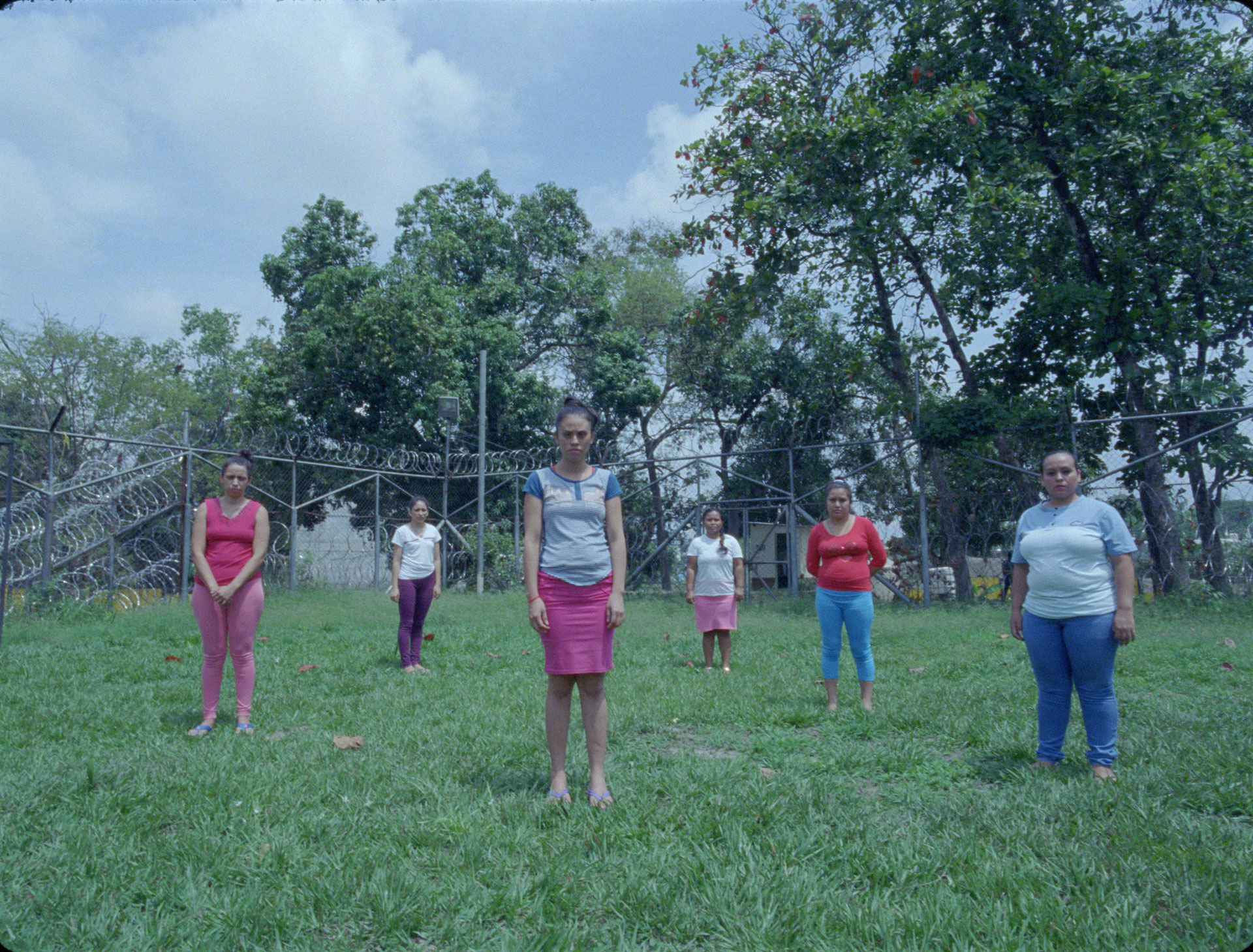 ‘Mothers of’ explores the hyper-strict abortion regulations in El Salvador through the story of Teodora del Carmen Vásquez, a woman forced to serve over 10 years in jail after suffering a stillbirth in her 9th month of pregnancy. Through Teodora’s perspective, we begin to understand how loss and motherhood are felt in the face of bitter social injustice.

The film Women of the Gulag tells the compelling and tragic stories of the women – last survivors of the Gulag, the brutal system of repression and terror that devastated the Soviet population during the regime of Stalin. The Gulag was first captured by Solzhenitsyn in his opus, Gulag Archipelago. Never before the stories of women and women’s experience in these camp was told in an international documentary film. A collection of unique and candid interviews with women who survived the Stalin’s repression of the 1930s.

The stylized fashion documentary Goodwill Dumping brings the enormity of the industry surrounding donated secondhand clothing to light. The film showcases the journey that discarded pieces of clothing make and what kind of impact this has on local industries. Due to its globalized scale this immense industry has something otherworldly. The film shows the process and butterfly effect caused by the simple action of donating your old T-shirt. Creatures consisting out of mountains of discarded clothes add a layer of stylized and surrealistic commentary on the industry.

The high-tech prosecution of a World War II war criminal. What may be the last WWII Nazi trial, was also the first to use virtual reality in the courtroom. As part of the prosecution against former SS guard, Reinhold Hanning, Germany deployed VR technology to re-create Auschwitz, and prove that Hanning would have seen the atrocities taking place all around him. Like many Nazis who never faced justice, the now elderly Hanning claimed he was not aware of what was happening inside the concentration camp. And like many, he had been living a normal life in Germany since the war — until a major war crimes policy review opened the door to try Hanning as an accessory to at least 170,000 deaths.

When journalist Assia Boundaoui investigates rumors of surveillance in her Arab-American neighborhood in Chicago, she uncovers one of the largest FBI terrorism probes conducted before 9/11 and reveals its enduring impact on the community.

As the film unfolds, Lennon’s case, and the suspicions surrounding it, intersect with stories of other communities seeking justice and reconciliation. A few hundred miles away in Monroe, Georgia, a diverse group of reenactors, including the adult daughter of a former Ku Klux Klan leader, annually dramatize a 1946 quadruple lynching to ensure the victims are never forgotten and encourage the community to come forward with information that might bring the perpetrators to justice.As the terrorism of the past bleeds into the present, the film asks: what will it take for Americans to begin building a national movement for racial justice and reconciliation?

The Atomic Tree leads you on an immersive journey through the memories held within the Yamaki pine, a 400-year-old Japanese White Pine bonsai tree that survived the Atomic blast at Hiroshima. From its birthplace in the sacred island of Miyajima and ancient cedar forests imbued with Kami spirits, to the Yamaki family home in Hiroshima where it was cared for 350 years and witnessed and survived the atomic blast. Viewers will experience the intricate “living strands of relationship” woven between the human and non-human worlds in the places the tree has lived. What are the connections and conversations that exist within the memories of the tree? How can those memories help us regain a sense of kinship with the natural world? 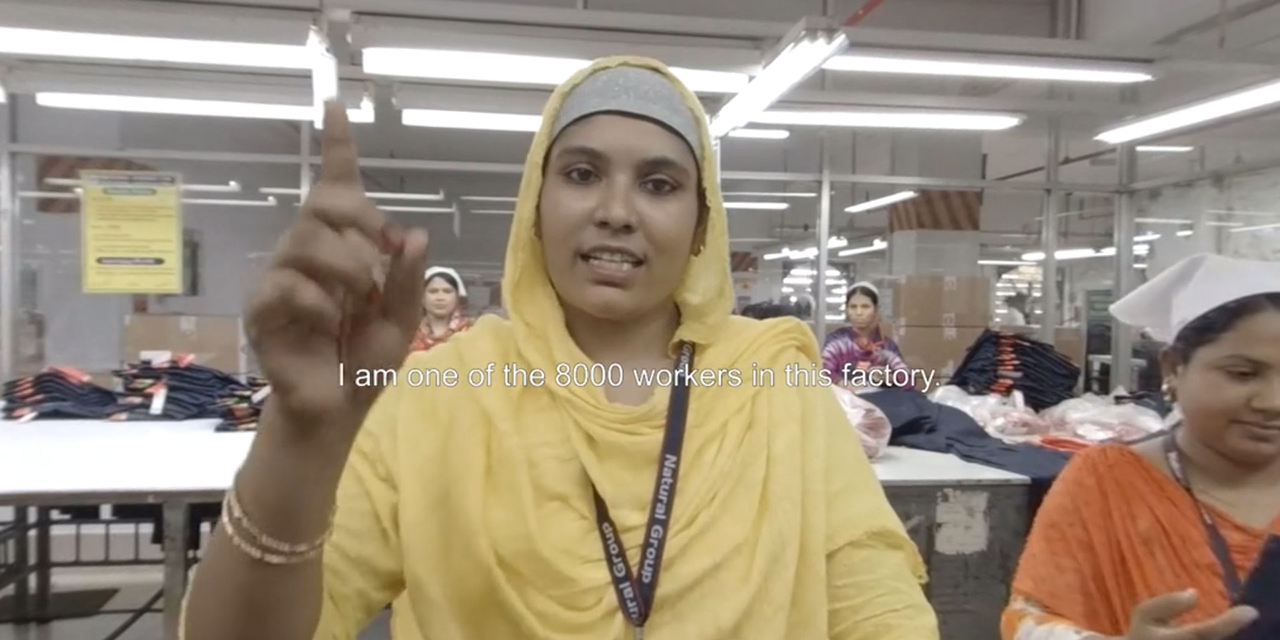 How do you bring a far away reality closer to home? It’s an issue many NGO’s and businesses struggle with. 360° video is the next best thing to physically go somewhere and get to experience a new world. In collaboration with the Dutch labour union FNV we made a 360° video for one of their events. On that event Dutch citizens stepped into the world of Pakhi, 1 of the 8000 employees in jeans factory in Bangladesh. This way they found out how and by whom their jeans was made and how they can help these employees.

The Right Choice is a virtual reality film about urban war fare. It is an interactive film that shows an average Syrian family as they come under fire in their home. The viewer is prompted to make choices to move the film forward – but in all cases the choices are futile – which reinforces the message that in war there are no right choices. The story idea is based on observations and stories from our colleagues working in conflict areas around the world – such as Syria, Iraq and Yemen. 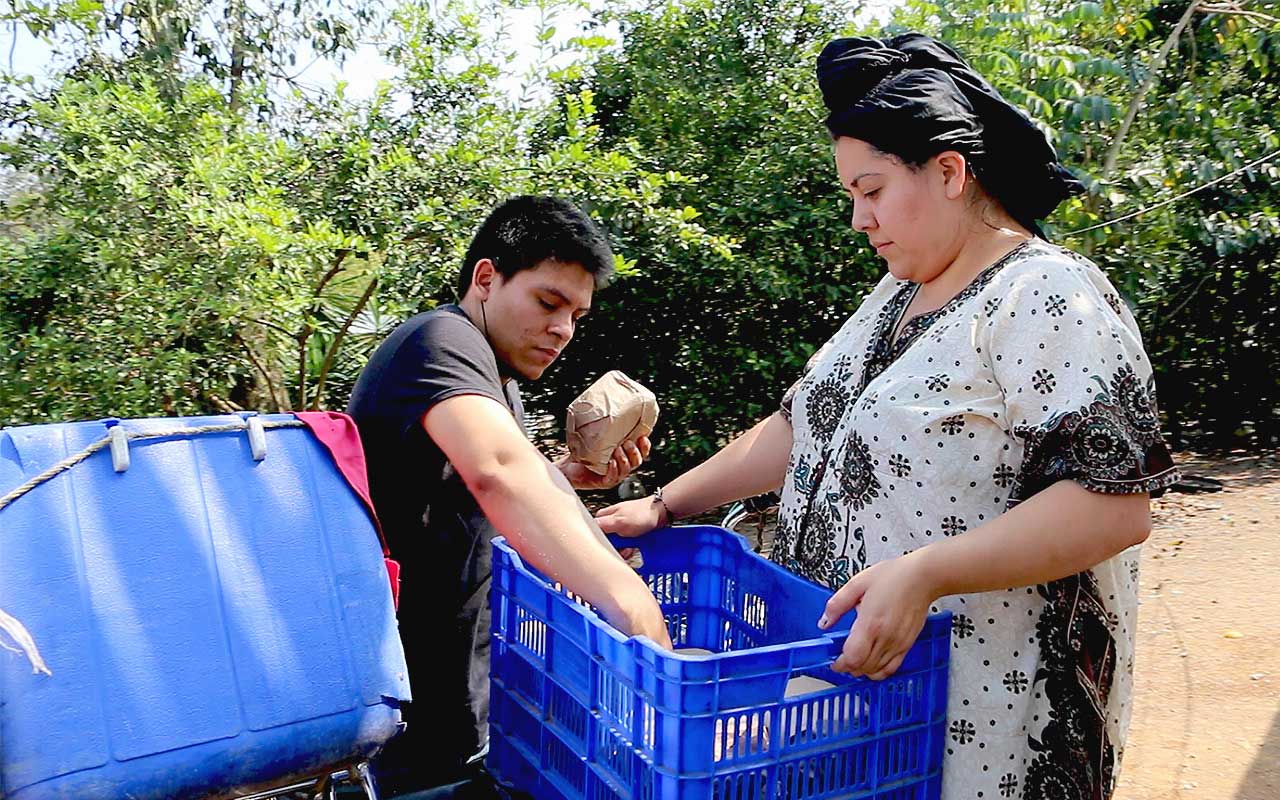 La Casita Rosa is a short documentary based on the humanitarian efforts of Las Patronas, a group of Mexican women determined to help feed the countless immigrants riding on top of cargo trains heading to the U.S.

IN IT TOGETHER
Director: Filip Tellander
Producer: Jimmy Wåhlin
4 min | Sweden and Brazil

A poetic look at the dance between two lovers: consumer and producer. The meat industry is one of the biggest reasons for global warming. We are all in it together.

Detroit Hives follows Tim Paule and Nicole Lindsey, a young couple from East Detroit, who are working hard to bring diversity to the field of beekeeping and create opportunities for young Detroit natives to overcome adversity. It is estimated that Detroit has with well over 90,000 empty housing lots to date. In an effort to address this issue, Tim and Nicole have been purchasing vacant lots and converting them into bee farms. Detroit Hives explores the importance of bringing diversity to beekeeping and rebuilding inner-city communities one hive at a time. 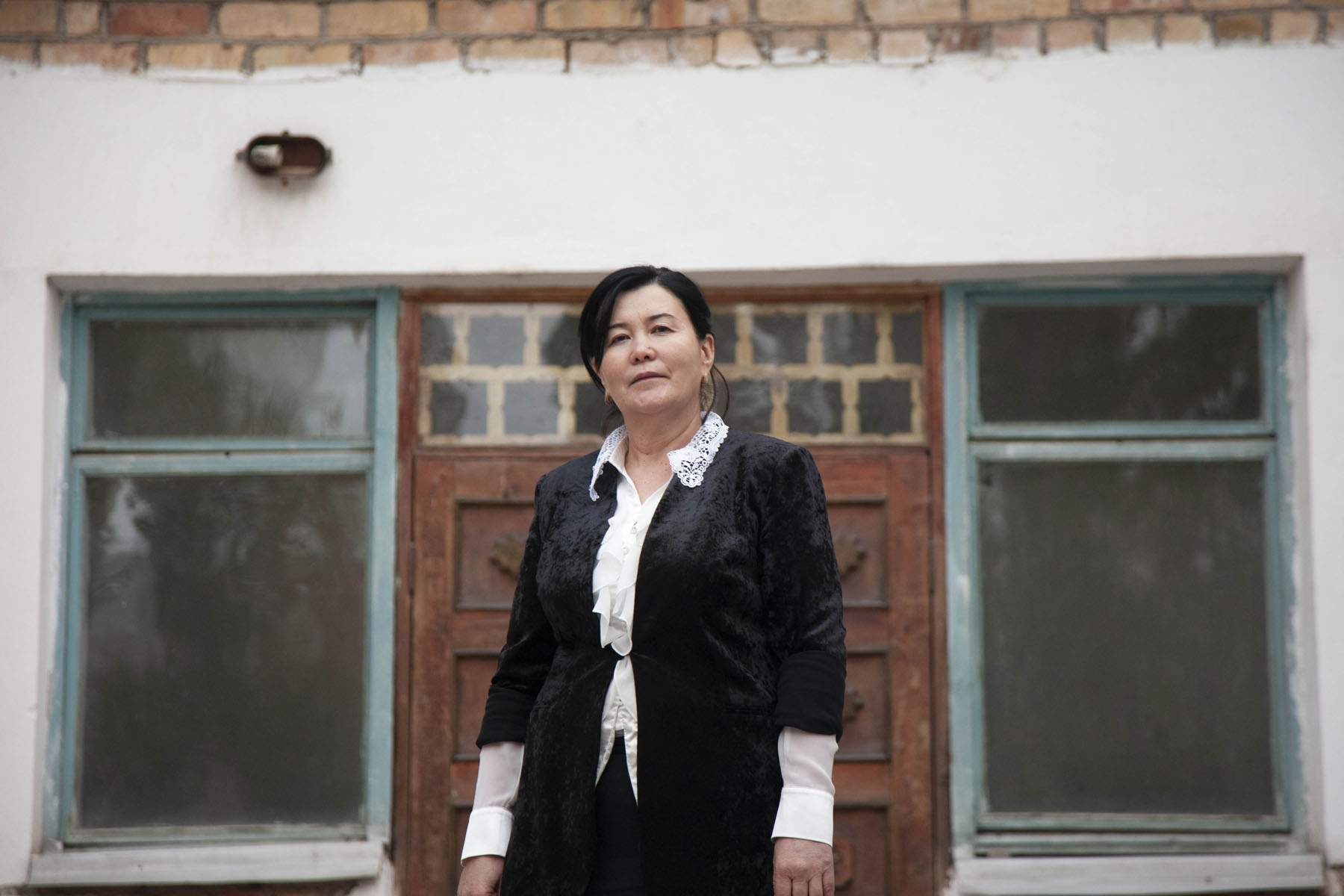 Mission Statement: For more than 10 years telling stories with the goal of sparking great changes, Maria Farinha Films has produced over 25 films, series and other formats that have impacted millions of people around the planet. The first production company in Latin America to become a certified B Corporation, MFF has developed projects anchored around the UN’s Sustainable Development Goals such as Way Beyond Weight (2012), Drops of Joy (2014), The Beginning of Life (2016), Not Even in a Wildest Dream (2017), Be What You Are (2018), Aruanas (2019), among others.

Mission Statement: If Not Us Then Who is a US registered charity, 501(c)(3) that supports a global awareness campaign highlighting the role indigenous and local peoples play in protecting our planet. We work in partnership with communities to make films, take photographs, curate content, commission local artists and host events. Our work aims to build lasting networks, target unjust policies, and advocate for greater rights for indigenous and local peoples to bring about positive social change.

WE UNITE By Simon English
WATER IS LIFE By Sam Vinal